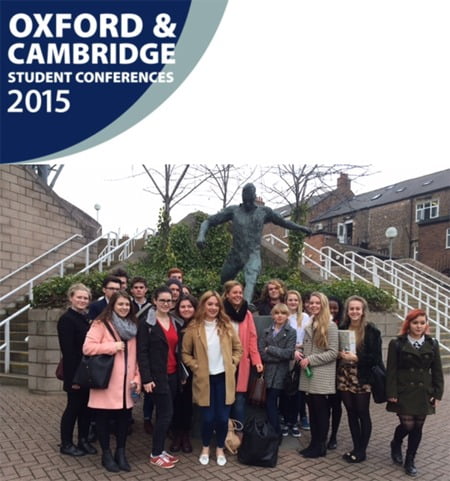 Last Wednesday some of our Y12 students attended the Oxbridge Conference held at Newcastle’s St James’ Park. Hundreds of students from high-achieving sixth forms across the North attended the one day event to allow students an insight into what it would be like to study at this country’s most historic institutions. The day involved students attending sessions such as ‘Oxford and Cambridge Explained’, ‘Making a Competitive Application’ and various subject related talks. The students were also given the opportunity to chat to Northern university students who had previously lived the area but currently studied at either Oxford or Cambridge.  This gave students the chance to quiz undergraduates, who originated from sixth forms in the North East, on the application process and exactly how they secured their places at the respective universities. This event was a fantastic way for students to engage with and become more aware of the demands of the top universities in the UK and gain an understanding of what it takes to be a accepted as an undergraduate student at these institutions.

Our next virtual open evening in on Monday 8th March. Don’t miss out on the chance to learn how we can take you on a journey towards your aspirations. Click here to find out more.
Sixth Form is closed to all students until Monday 8th March 2021 at the earliest. Year 12 and 13 pupils should access their lessons and support remotely during lockdown. Remember to stay home and stay safe.